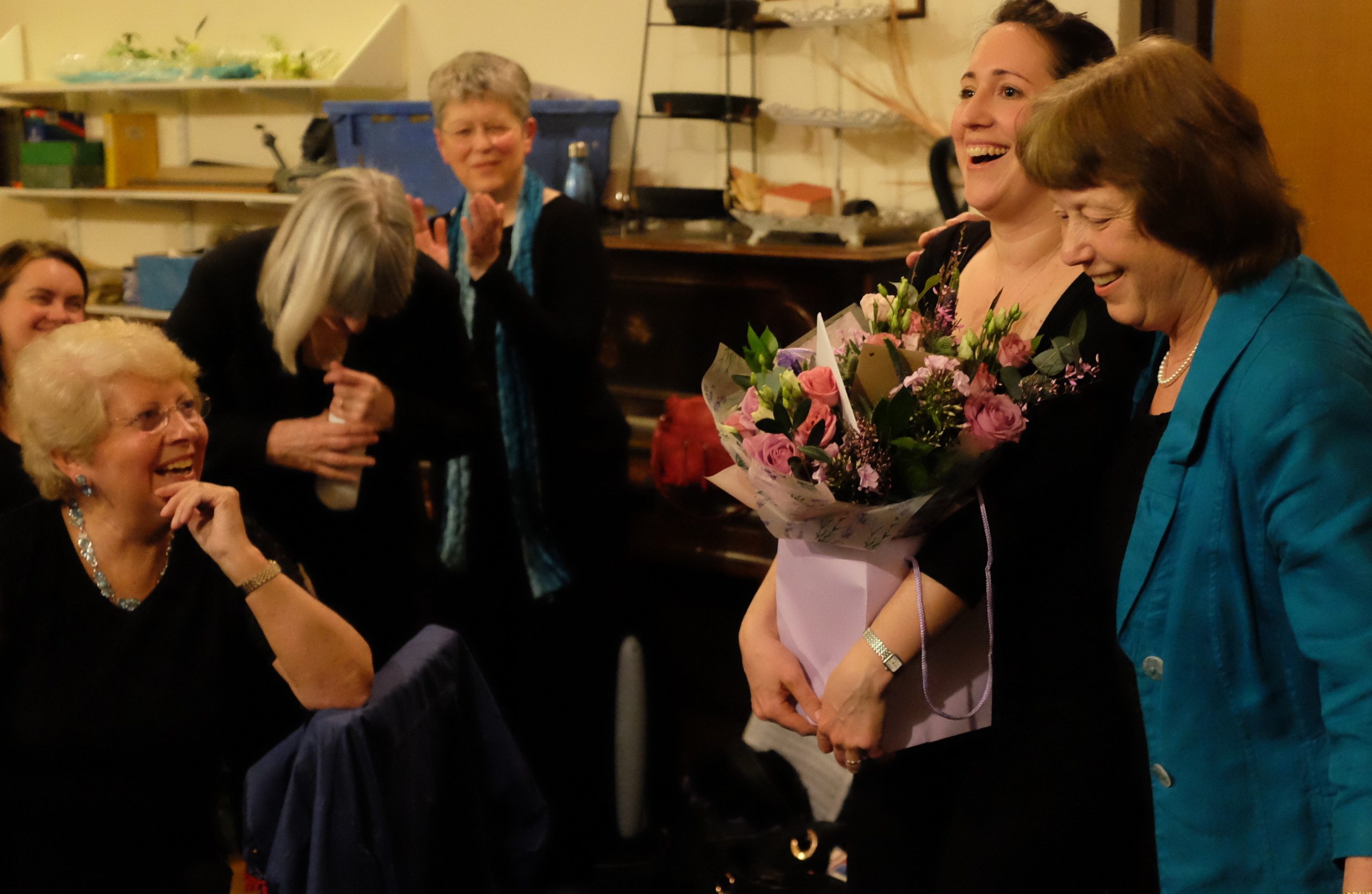 Music Director – Angela Kay MBE, founder of Music for Everyone, Creative Advisor and Conductor
Angela Kay studied at Nottingham College of Education, now Nottingham Trent University, and has been involved with the choral life of Nottinghamshire for most of her professional life. After giving up her post as head of music at a comprehensive school in 1980 to raise a family, Angela founded the Nottingham Choral Trust (now Music for Everyone) and continued to develop it by working with enthusiasm and imagination as its Artistic Director.

Originally known in Nottingham as a mezzo soprano soloist, Angela’s career developed first into choral and then into orchestral conducting. She has conducted many of the major works from the choral repertoire to critical acclaim, including Brahms’ Requiem, Bernstein’s Chichester Psalms, Vaughan Williams’ Sea Symphony, Orff’s Carmina Burana, Verdi’s Requiem and Bach’s St Matthew Passion. In July 2003, Angela received an honorary Masters degree from Nottingham Trent University in recognition of her services to Music Education.

Most recently, Angela received an MBE in the 2014 New Year Honours list for services to music in Nottinghamshire and in 2015 was awarded the Lady Hilary Groves Prize by the national music organisation, Making Music. This prize is awarded to one individual each year for their outstanding contribution to music making in their local community.

Assistant conductor – Rachel Parkes, Assistant Artistic Director of MfE
Rachel was a founder member of the internationally successful a cappella ensemble Voces8 with whom she performed and toured extensively. She was also an active member of the London choral scene for 10 years, performing at the highest level with groups such as Tenebrae, London Voices, Howard Goodall’s Enchanted Voices, and the Eric Whitacre Singers. She has performed a wide range of repertoire, from the classical tradition to Hollywood movie scores, contemporary opera, and classical- pop crossover.

Rachel has spent the last 5 years working in the USA as a soloist, choral singer, vocal coach and singing teacher. She is now thrilled to be back in her homeland, starting this new venture with MfE and continuing her work as a vocal and choral animateur. She lives in West Bridgford with her husband, Henry and her two young children, George and Stella.

Accompanist – Angela Foan
Angela graduated from the Royal Academy of Music, London in 1982, having studied piano, piano accompaniment and singing. After a Music PGCE year at the London Institute of Education, she spent several years teaching music to A-level, before concentrating on private piano and singing teaching, while her daughters were young.

Angela is now a freelance accompanist. She has been a singing member of MfE for over 30 years and a member of Nottingham Chamber Singers for nearly all of those years. She has also accompanied the chamber choir for more than 10 years. Angela is accompanist to MfE’s Nottingham Festival Chorus and plays for several of the Daytime Voices choirs too. She is also a member of St. Peter’s Church Choir, Nottingham.